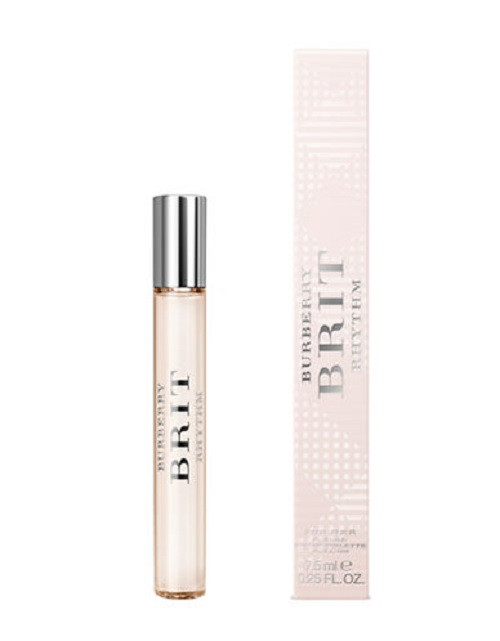 This is the first fragrance by Burberry that has lavender as central note that plays the main role in the composition. English lavender is much more aromatic that the French lavender and its shades in this composition are more prominent. Creator's and perfumer’s wish was to use the typical ingredient arriving from England – as pointed out by Nathalie Cetto. She also adds that the new Burberry perfume has a fundamental paradox in its essence – confrontation of spicy ingredients such as pink pepper and floral notes of Petalia playing till the base notes. Scent of peony evokes youth and is somewhat lighter that the scent of rose and the effect of the new Givaudan molecule provides the feeling that you are in a cloud of peony petals! Top notes of the new fragrance await us with English lavender, pink pepper and neroli, taking us to the heart of orris absolute, blackberry leaves and orange blossom combined with specially patented molecule of the house of Givaudan named Petalia carrying the scent of peony accords. The base incorporates vetiver, musk and vibrant wood. The fragrance is expected on the market from January 28th 2014 and will be available in all official Burberry stores. It will premiere on January 3rd 2014 at Sephora in Paris (Avenue des Champs-Élysées), while the London premiere will be held on January 23rd 2014 in Selfridges. Burberry Brit Rhythm for Women arrives as 30, 50 and 90 ml EDT. The offer will also include 150ml body lotion, 50ml hair scent, 150ml body bath and 100ml deodorant.
×

Burberry Brit for Him 2 piece set